This is the Wisconsin Elections Commission form that has room for ten signatures.  After downloading, will you please print out 2-3?  I'm only asking you to get 10 signatures, but if anyone you talk to also wants to help, you can simply give them an empty sheet.

These are directions and tips from me, including the address of where to mail the form.

Not sure what Congressional district you're in? Click here
District Forms

How to find your congressional district

3. Enter your address in the upper left corner of the page, or pan/zoom the map to find your district.

Sing a parody of the song “You’ll be back” from the musical Hamilton. Multiple $200 / $100 / $50 prizes will be awarded in each county of Wisconsin's 2nd district, starting in July, 2022. Click here for more details

States should send citizen legislators to Congress, not career politicians.

Douglas Alexander is generating momentum for a Constitutional Amendment limiting members of Congress to three terms in the House, two in the Senate. He's running for Congress in Wisconsin’s 2nd District as an Independent. 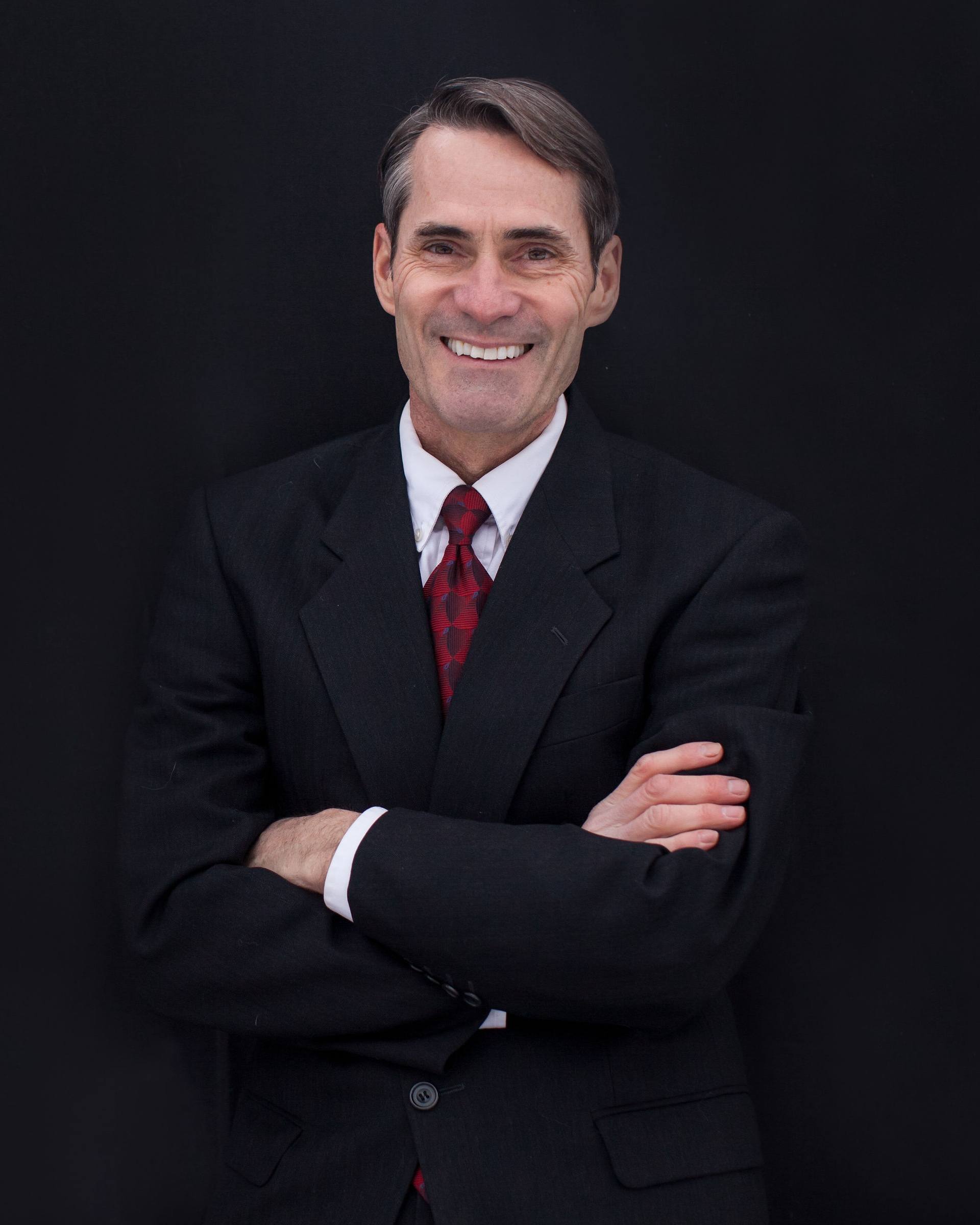 Congress before and after Term Limits

What message are you sending with your vote?

Don't throw your vote away!

Who has more power? The President, or Congress?
Term Limits.

My mission is to get people thinking about the many benefits of having tern limits on Congress.

Why make such a big deal about Term Limits on Congress?

Please watch the full “three fundamental things” video, and also the zoom skit, which starts slow but will grab your attention!: everything else most of us voters want--left or right--such as limiting money in politics, an end to gerrymandering, ending corrupt practices (such as members of Congress buying single stocks, and taking lobbyist jobs) will become easier after term limits are imposed on Congress.

But why run as an Independent, Douglas?

History says I have little chance of winning the election on Nov. 8 as an Independent.  I’m aware.  That raises the topic of what the purpose of a campaign should be. Today most campaigns are approached as a one-purpose mission: to do whatever it takes to win. That means avoiding controversial topics, bashing your opponent, and speaking mindless platitudes that sound good to simple minds.  “We need a strong economy,  we need to make America the leader of the free world, we need to have strong families, we need schools where real learning takes place”--these are merely desired outcomes. They are not telling you how they will accomplish these things.  Some of their platitudes are outside the authority of Congress; others they know Congress will never take up (until we have term limits) for political reasons.

Call me naïve if you want, call me idealistic, but the purpose of a campaign should be educational--not merely to win the election.  I’m running as an Independent because it allows me to educate the voters in WI’s 2nd Congressional district about the importance of getting term limits on Congress. But you know what?--82% of all registered voters, Democrat, Republican, and independents, poll consistently in favor of term limits on Congress. So if all of you who agree we need term limits vote for me…we’ll win!

Listen to the complete 1.5 hour recording of the live WCLO debate on Oct 11 with questions and all three candidate responses.

We need citizen legislators in Congress if we expect Congress to address the difficult issues.

We need a multi-faceted plan that takes into account the nuances of the mess Congress has gotten us.

Whenever Congress allots money, there are winners, and there are losers...

Incumbents have stacked the deck in Congress: they get re-elected ~93% - 96% consistently

Douglas gently presses Rep. Pocan on the dysfunction in Congress

Radio talk show host Tim Bremel says this was the best debate of which he's ever been a part.

Douglas handed the WEC (Wisconsin Elections Commission) 1,032 signatures on May 31st! The WEC struck 21, so his total was 1,011. He would not have felt comfortable with any less than what he handed in, so every one of you signed before May 31 helped him get on the ballot! The last 11 helped him sleep well on the 31st. :)

All of you in Dodgeville, Barneveld, Mt. Horeb, Monroe, McFarland, Evansville, Monona, Sun Prairie, Deforest, Waunakee, Middleton, and Madison: thank you! Please join my newsletter (it will be via email) below and let's get this thing going! 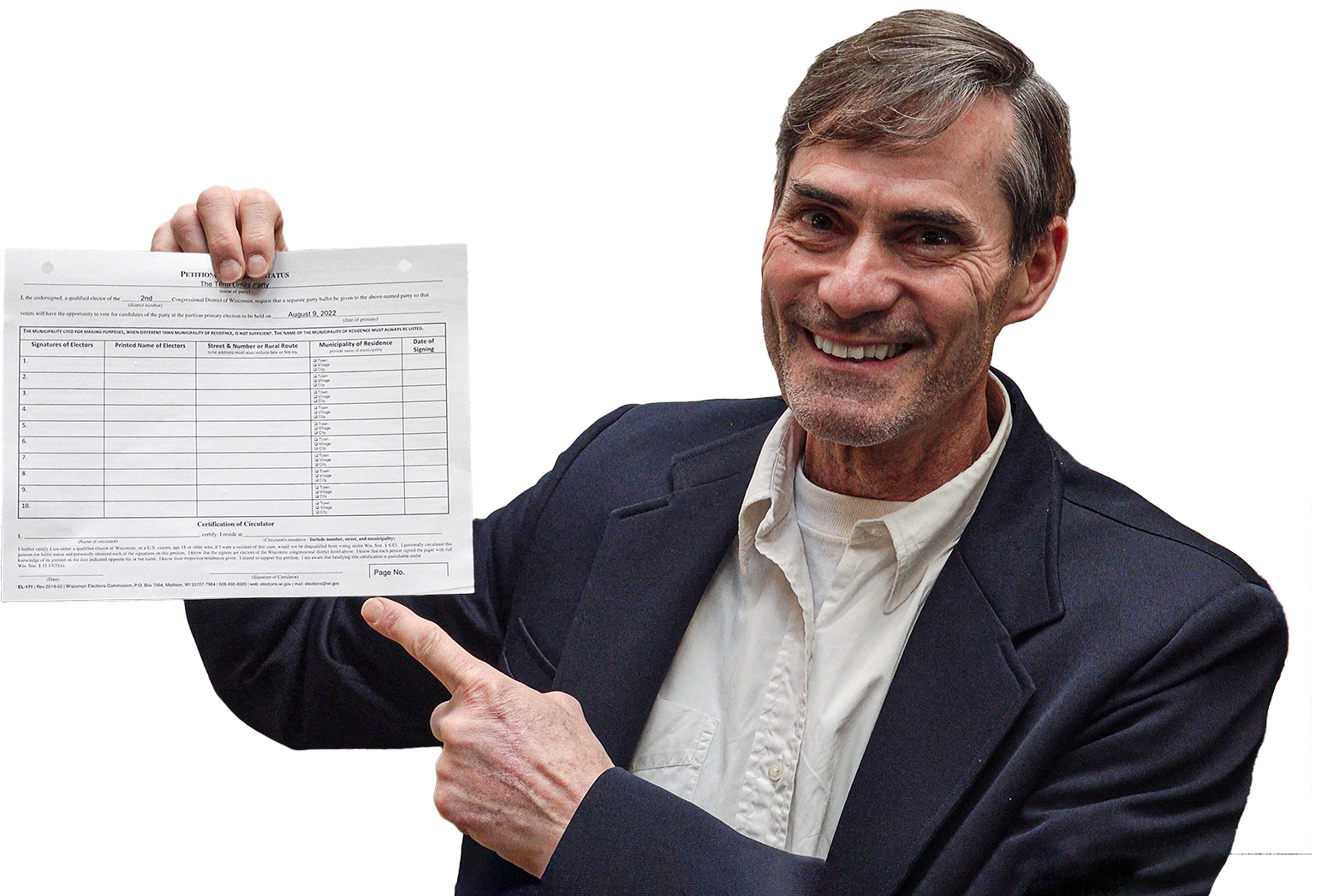 Here are some other issues important to me. What are yours? Let's chat.

Final Five voting will help change the dysfunctional dynamic currently poisoning most elections. Especially in the primaries--when typically only the most dedicated party members vote--candidates cater to the far left or far right of their base. A more moderate candidate is less likely to win a primary election. Thus, in the general election, a far right and far left candidate sling mud at each other, and little intelligent debate of the issues occurs. A large part of the community is turned off by such a campaign. A better way is final five voting. 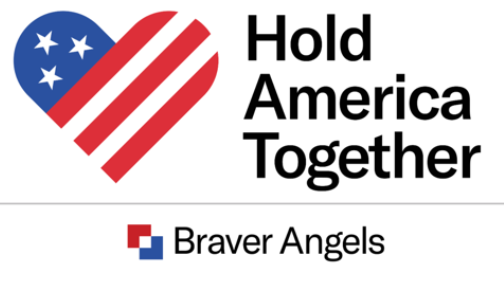 Many of us are wary of having a good, lively debate about the issues of the day lest we lose a friend or alienate a relative.  Congress can’t pass a law requiring kindness and grace, but this unhealthy dynamic is something to talk about in the public square. Lets start a gracious conversation about what’s going on. Initial observations...read on
‍ 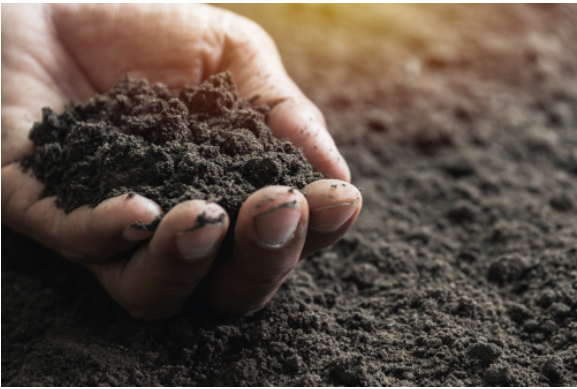 Our dysfunctional Big Food system pushes upon us processed foods that are basically pre-masticated: most nutrients, vitamins, and fiber are strained out, inserted are sodium, sugar, and chemicals.  The result? Our unsuspecting society is more obese and lethargic than ever, with higher rates of diabetes, heart disease, chronic pain, depression, and addictions. Congress subsidizes such sickness with our tax dollars and receives large campaign donations in return. A better way?--regenerative farming.

This is grass roots to the extreme. I need a treasurer. I need people in each county (Sauk, Iowa, LaFayette, Green, Rock, Dane) to step up to help me get coffees and town hall-like meetings.

I need help with social media and other marketing efforts. Do you want to help, or know of somone who might? 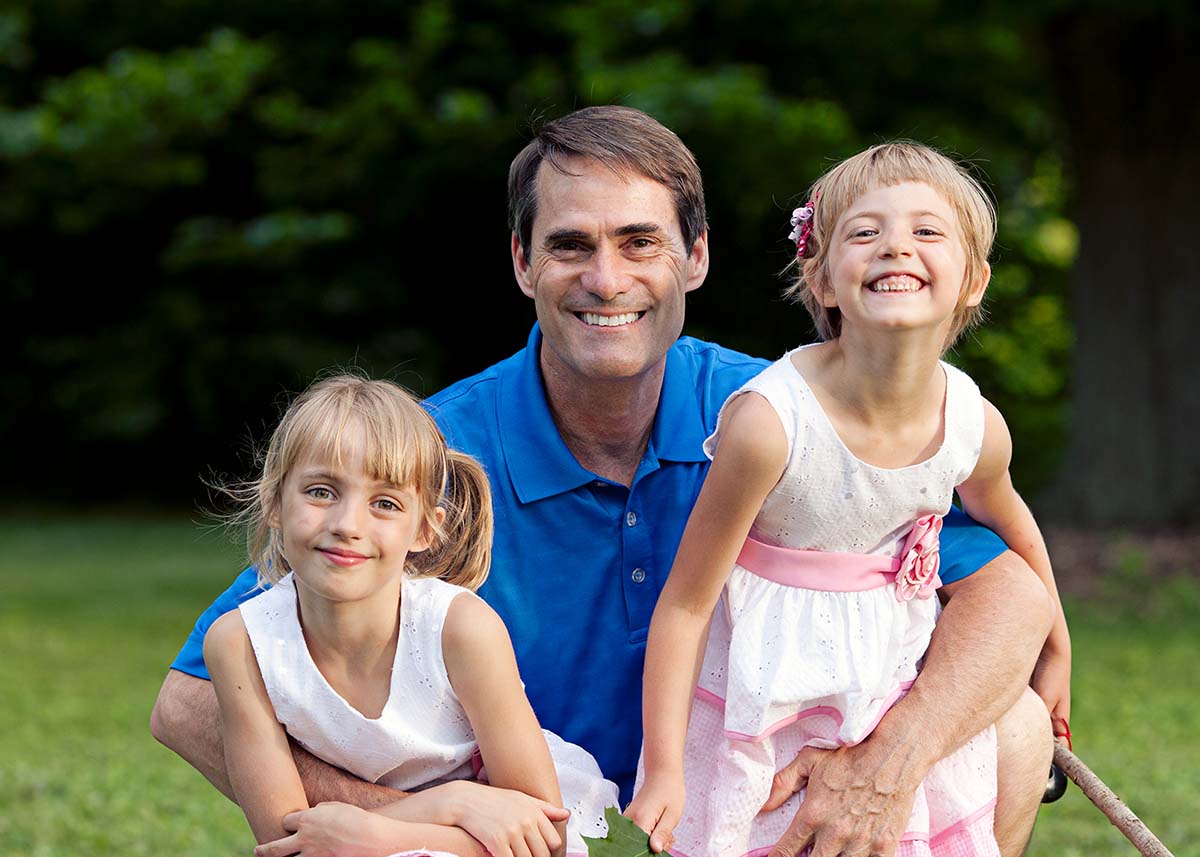 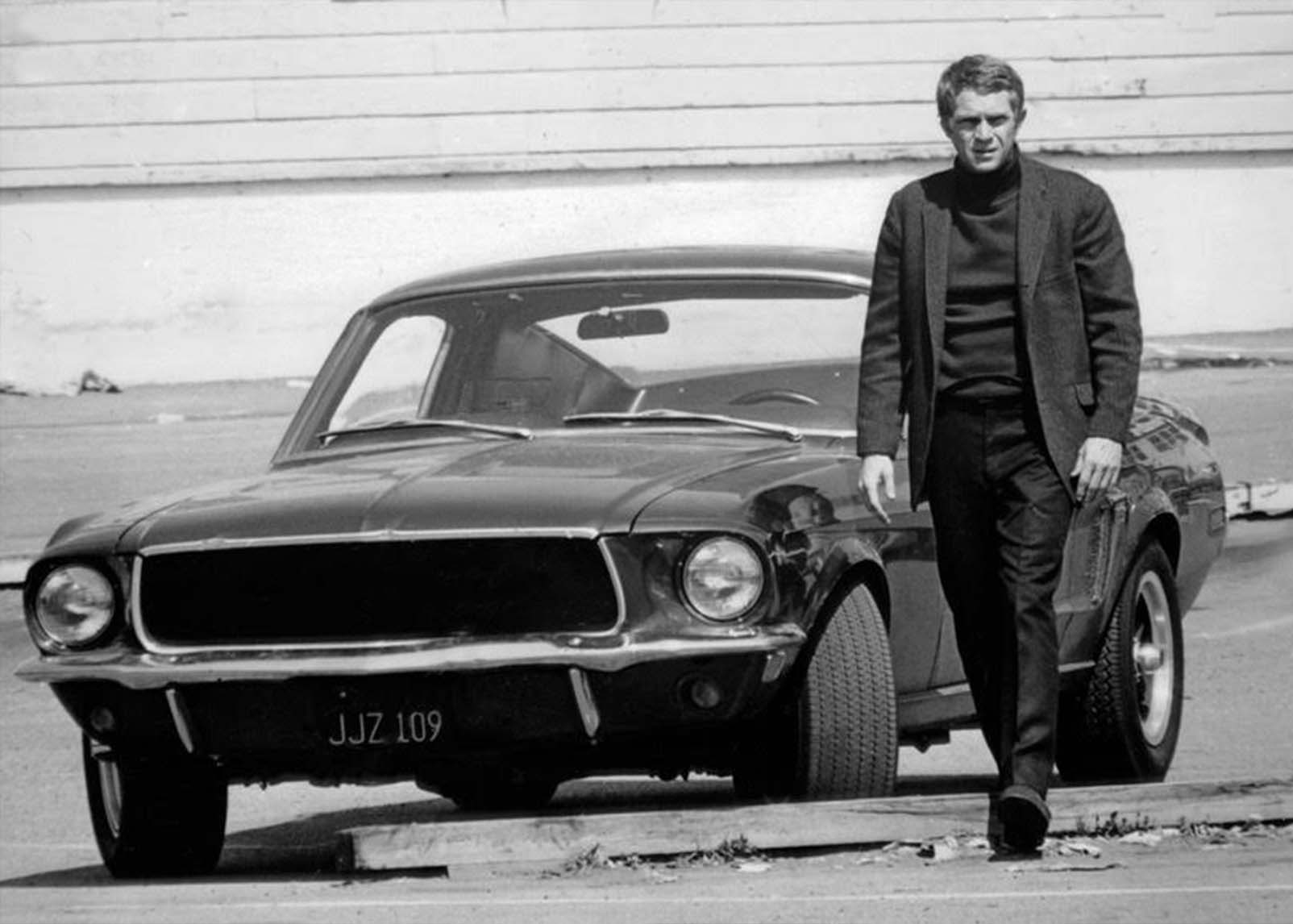 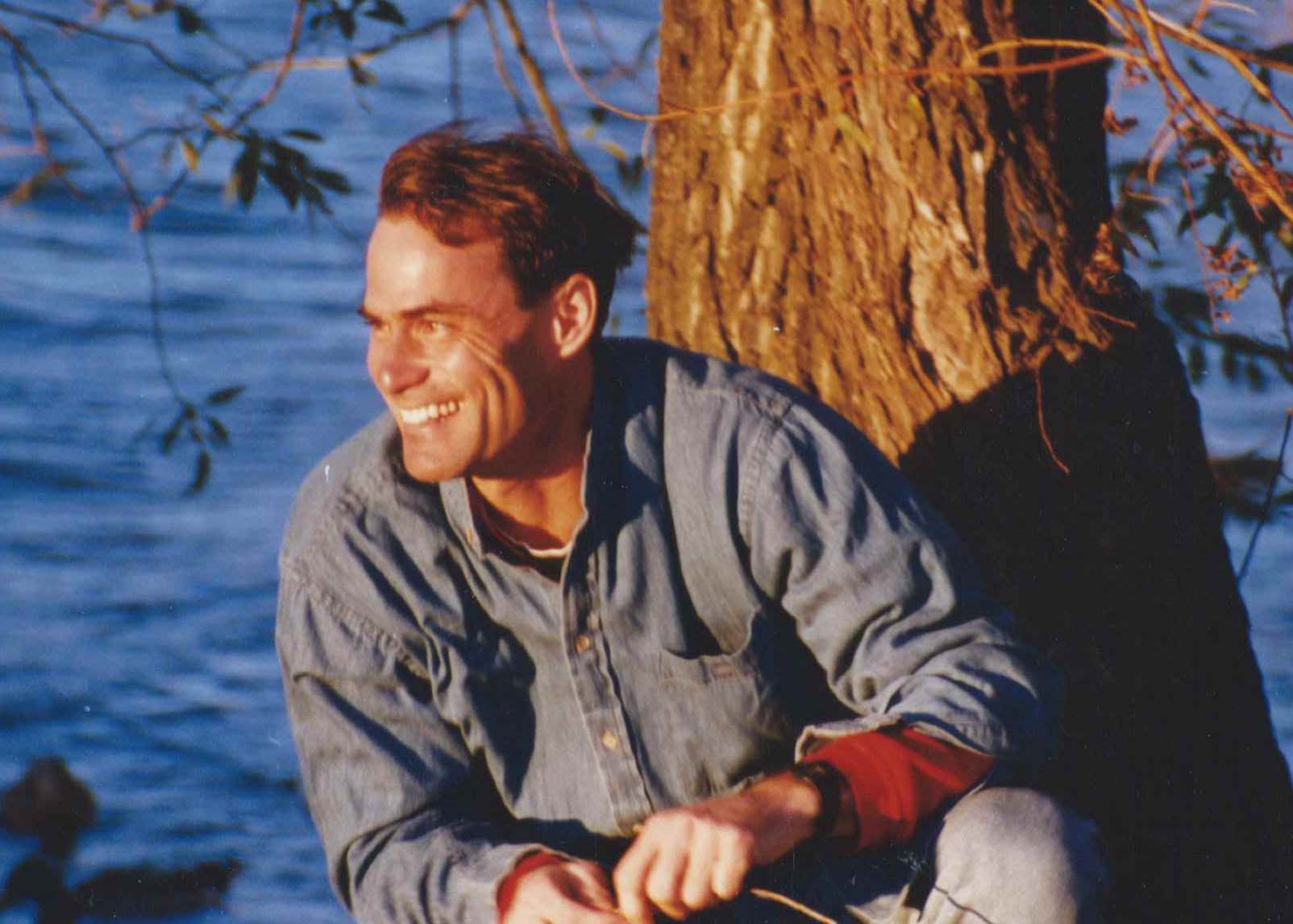 Douglas Alexander is a hard-working citizen who has decided to step up and represent Wisconsin people like himself and yourselves.  He respects the legitimate role for the federal government, but things have gotten out of hand.
‍
There’s something rotten in Washington, and the smell is coming from Congress. The president has term limits; it's past time for members of Congress to be term limited as well.  This isn’t a mere talking point for Douglas, it is his mission.

Put some time on my calendar for a virtual or in-person meet-and-greet. 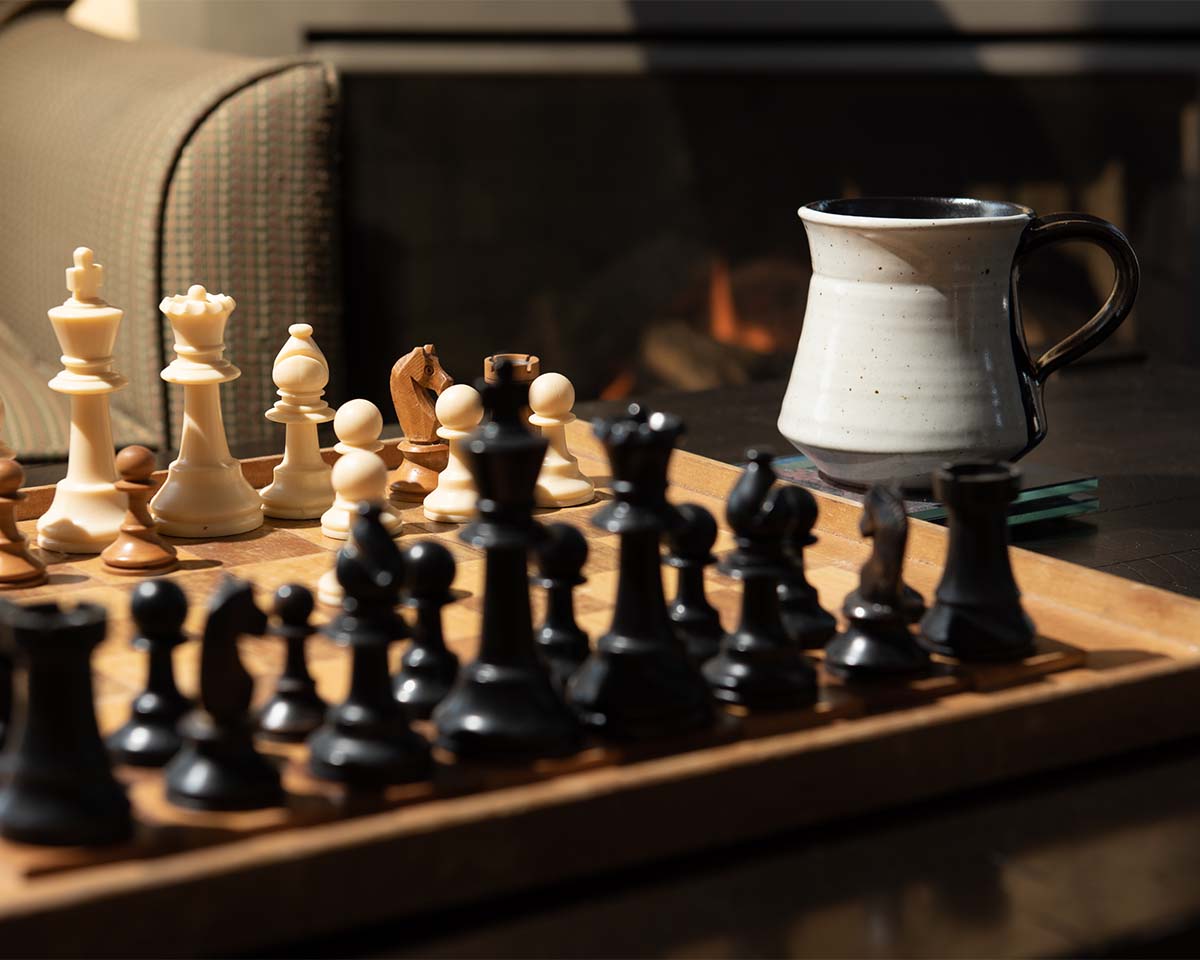 Thank you! Your submission has been received!
Oops! Something went wrong while submitting the form.

Click to read what’s more important to me than money